During a shootout between unidentified gunmen and soldiers at a military checkpoint at Ubomiri in the Mbaitoli Local Government Area of Imo State, a final-year student at the Nnamdi Azikiwe University, Awka, was killed by a stray bullet, according to Sahara Reporters.

Godson Anumenwe, a 500L Radiography student, was reportedly on his way from Port Harcourt to his hometown that Saturday night, December 31, 2022, when he tragically passed away.

The President of the Radiography Students’ Association, Anonde Stephen, confirmed the sad news in a statement on Monday, January 2, 2023. 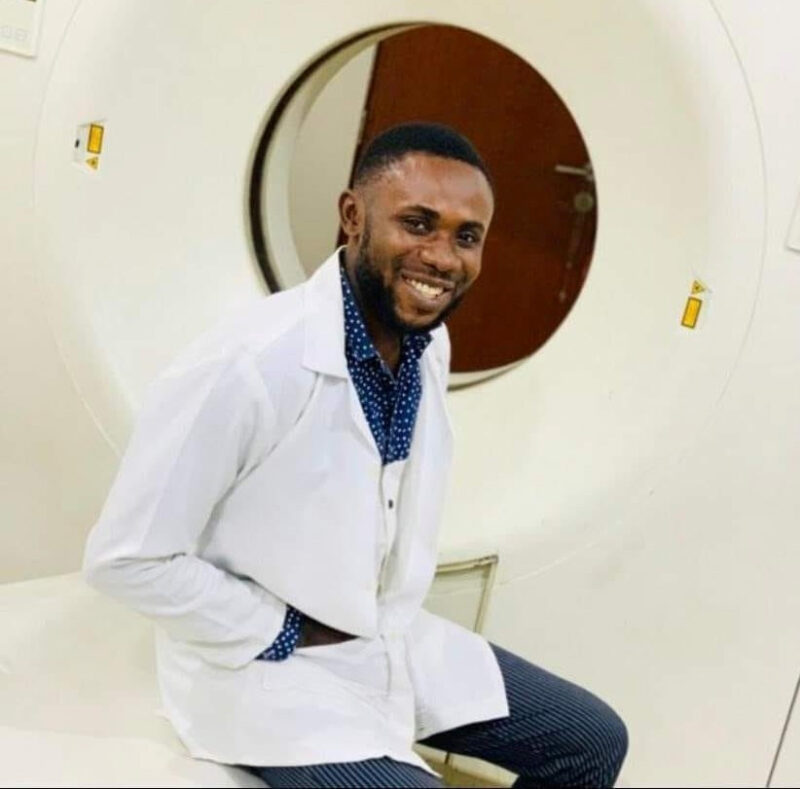 “Until the time of his death, he was in the 500 level class waiting to sign out very soon. It’s a very sad loss for all,” the statement read.

“We sympathize with the bereaved and urge all to remember the family in prayers as we grief and mourn this great loss. Rest easy Godson.” 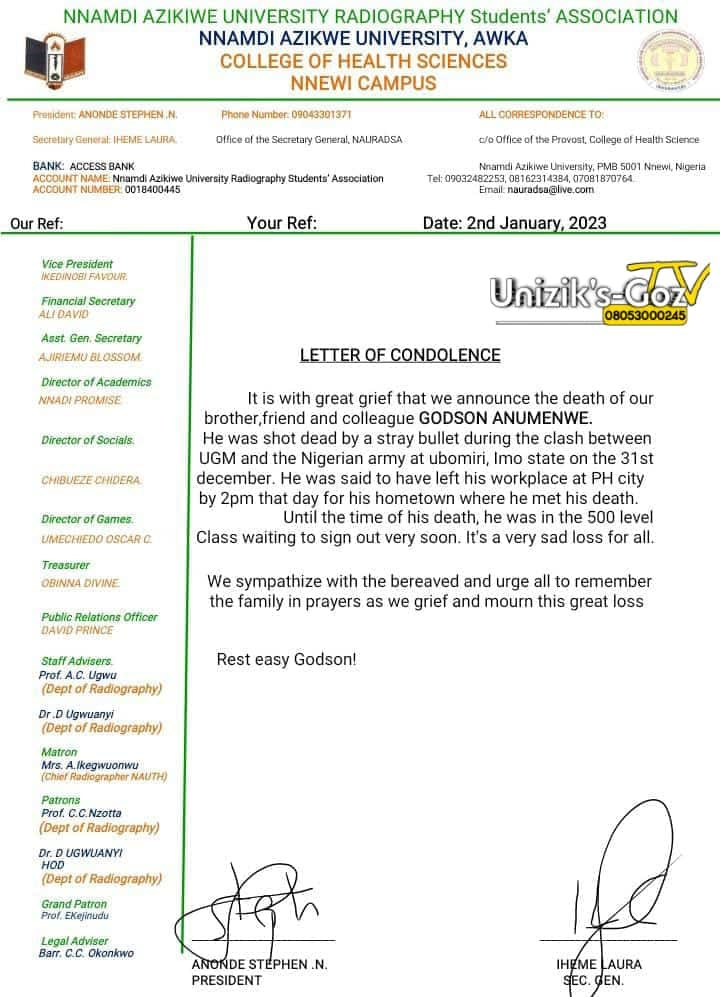 Underage Voters Will Be Arrested Alongside Parents For Electoral Fraud – INEC

“I was placed on medication for life” – Mercy Johnson speaks about cancer, her life…

[Music + Video] Ernest Adat – Who am i @ernestadat